Kim is no stranger to cover bands, having played with Sly Dog for years.  Circa 2005 he joined Jeff Jenkins in The Late Starters, and continued with him in The Dukes of Despair and has been Jeff’s wing man / song writing partner and consigliere ever since.

A ridiculous Stones fan, you may have seen him on their last Australian tour, in ‘the tongue pit’ waving his $1,200 tickets!  At the more recent Coachella Desert Festival he was one of the youngest members in the crowd when Dylan opened for The Rolling Stones.  When Kim grows up he’d desperately like to be Keith Richards. Til then he’s DYLANesque’s ridiculously talented lead guitarist. 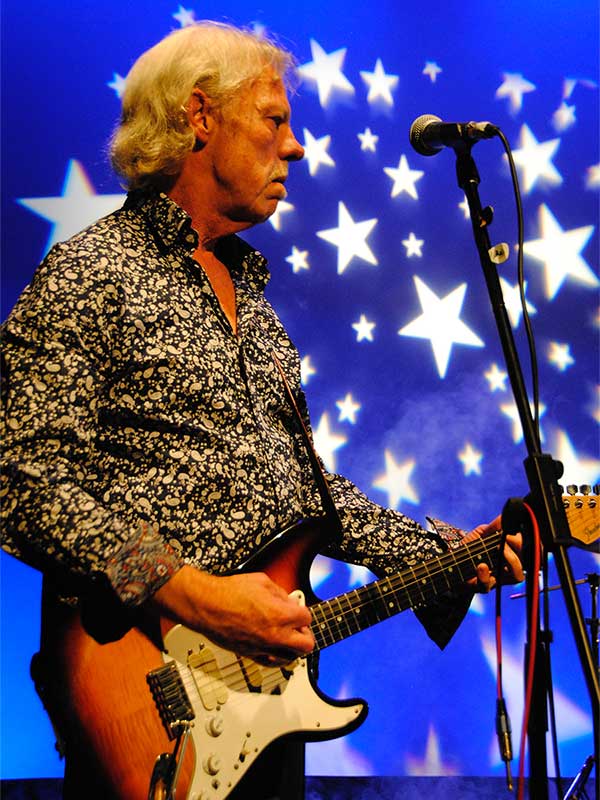